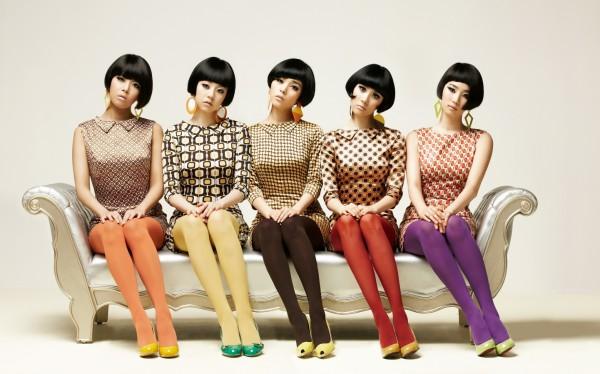 When we asked writer James Hendicott about the strangest music scene he’d ever encountered, his didn’t have to think long: “That would have to be the South Korean pop scene,” he told us. “It’s just dire, most of the songs sound like they’re based on Nintendo game music, and they play them on repeat in the streets for months.” That’s not all that South Korea has to offer, though, and Hendicott has hunted down six songs that capture the best of the South Korean scene today. Introducing his brand-new weekly series … The Scene in Six Songs: South Korea

The Scene in Six Sounds: South Korea
By James Hendicott

The Korean music market is so utterly inundated with bubble gum pop that lovers of any other genre could be forgiven for taking one listen and heading for Seoul’s rocky hills instead. Dig deeper, though, and you’ll find an effervescent punk scene, a hefty rock culture, and even the occasional piece of heartfelt hip-hop. Museyon dug deep to bring you the best:

Known in country as the ‘cultural president of Korea’, many argue Seo Tae-Ji is the father of all things K-Pop. He dropped out of high school to focus on music, and, after leaving metal band Sinawe, produced a series of controversial tracks spanning everything from rock to hip-hop. He certainly peeved the authorities with his contentious lyrics, but Seo Tae-Ji also won national fame an astoundingly adoring fan base.

Five bubbly teenagers who have Seoul’s schoolkids pulling dance moves in the corridors and businessmen salivating into their pints of Cass, Wonder Girls even prompted a YouTube smash in which uniformed police officers pull the moves outside the local police station. The girls are just starting to turn their attention to the American market.

Heroes of the notorious Hongdae rock scene, Galaxy Express take their cues from artists like At The Drive-In, and play night after night to sweaty university basements. Slamming guitars, grimaces and boundless stage-front energy are their trademarks.

With sounds that incorporate anything from Radiohead-esque angst to poppy ballads, Nell emerged from the shadow of mentors Crying Nut to take Korea by storm with a series of dazzling albums. They’re the kind of band best listened to staring over one of the great wonders of the world, and contemplating life.

Fronted by tiny singer Velvet Gina, whose utterly steeped in on-stage energy and vibrant personality, Rocktigers also incorporate a flaming double bass and massive greasy quiffs in their performance. Producing their own brand of music amusingly dubbed ‘Kimchibilly’, Rocktigers are doing their bit to bring the Wild West to Korea.

The expat heroes: We Need Surgery

Multinational electro rockers who’ve risen to the core of the same Hongdae scene that made Galaxy Express famous, We Need Surgery formed from the ashes of previous expat heroes Sun Radio, and have a stonking reputation amongst Korea’s foreign residents. Recent TV appearances have raised their profile to a national level.

James Hendicott is a travel and music writer living in Ireland, and your guide to Celtic punk in the Music+Travel Worldwide from Museyon Guides. More of his work can be found at hendicottwriting.com. And be sure to tune in next Wednesday, for a new local playlist.