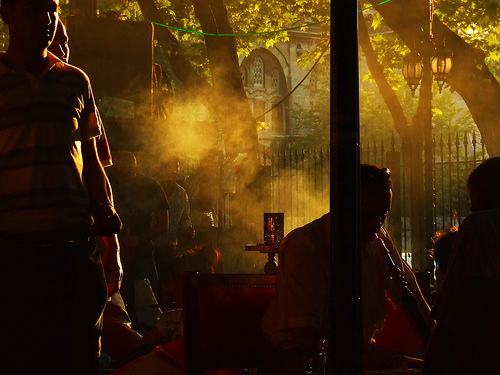 When Istanbul was announced as the 2010 European Capital of Culture, we were excited, but we weren’t exactly surprised. After all, we included the city in two of our guides–Film+Travel Europe and Music+Travel Worldwide.

There’s a reason the city is so full of culture–spanning the Bosphorus, it has one foot in Europe and the other firmly rooted in Asia. As one of three official cultural ambassadors (along with Essen, Germany, and Pecs, Hungary), Istanbul will have the entire year to showcase its arts scene to the world. Throughout the year the city will hosts all sorts of events to showcase its best and brightest in all sorts of cultural areas, from the visual arts to opera to literature and more.

All the fun kicks off on Jan. 16 with an opening ceremony that takes place at six locations throughout the city, featuring hundreds of dancers, musicians and singers in a choreographed performance that pays homage to the city’s history over the course of three empires, along with President Abdullah Gul who will kick off the show. For a full listing of events, check out the official site of Istanbul 2010. Congrats, Turkey. Or should we say: Tebrikler!

Previous: Nollywood in New York
Next: Vampire Weekend: Live (and Free!) in London