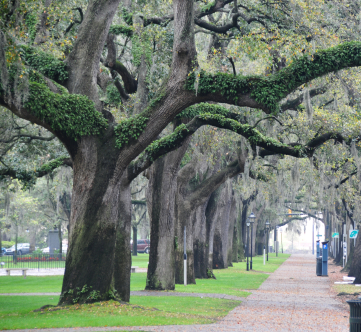 The American South is deeply tied-up in mythology. While onscreen it’s immortalized in classics like Gone With The Wind — a film shot in California and starring a British actress — the real South is as complex as the wide variety of films that have tried to capture it. Join Meakin Armstrong as he travels the South from Atlanta and Savannah, Georgia, through South Carolina, Mississippi and North Carolina. End up in Natchitoches, Louisiana, the setting for two vastly different interpretations of the South, Steel Magnolias and John Wayne’s The Horse Soldiers.

About Your Guide: Meakin Armstrong is fiction editor of Guernica and a freelance writer working on his first novel. He is additionally a contributor to the anthology New York Calling: From Blackout to Bloomberg. Among the awards and grants he’s recieved is a 2007 fiction scholarship to the Bread Loaf Writers’ Conference.