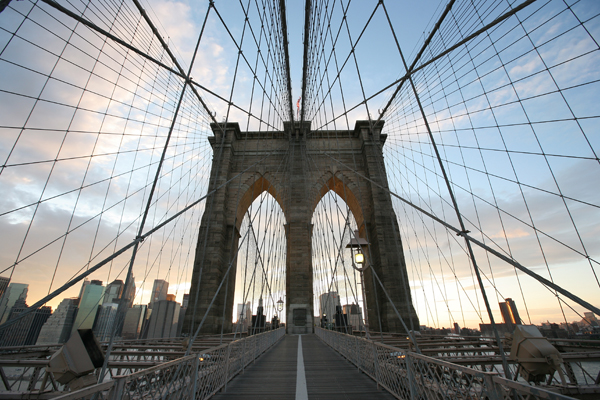 The old joke, “If you believe that, I’ve got a bridge to sell ya” has been around nearly as long as the Brooklyn Bridge itself, when early 19th century con-men George C. Parker and William McCloundy allegedly, successfully perpetrated this scam on unwitting tourists. The jab is a reminder of the lasting impression the Brooklyn Bridge has had on not only New York, but America, spawning songs, poems, tv shows and documentaries in its honor.

Completed in 1883, the Brooklyn Bridge is one of the oldest suspension bridges in the United States, and the first bridge to connect Brooklyn and Manhattan, which had previously only been possible by ferry. At the time of the bridge’s opening, it was the longest suspension bridge in the world and it’s towers were the tallest structures in the Western Hemisphere. 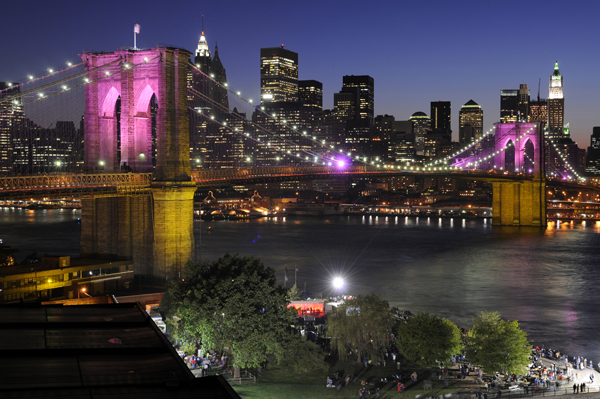 The Bridge was initially designed by German immigrant, John Augustus Roebling but after his untimely death, his son William took over the job. Unfortunately, William too suffered from a malaise, decompression sickness, that forced him to use his clever, mathematician of a wife Emily as the intermediary between himself and the construction site when he could no longer leave his bed. When the Bridge opened, a total of 1,800 vehicles and 150,300 people crossed it with Emily Roebling being the first to have the honor. President Chester A. Arthur attended the ceremony, shaking the bedridden William Roebiling’s hand at his home at a celebration later that day. Roebling Street in Williamsburg, Brooklyn is named after this remarkable family, which ironically goes underneath the Williamsburg Bridge and not the Brooklyn.

The bridge cost $15.5 million to build and approximately 27 people died during its construction. Not a week after its opening, a rumor spread that the bridge was about to collapse, causing a stampede which killed another dozen people. A year later, in an effort to prove the Bridge’s stability, P.T. Barnum walked 21 elephants over the bridge. In fact, the stability of the bridge was something that William Roebling spent a great amount of time on, designing it to be six times as strong as it actually needed to be to withstand even a herd of pachyderms. 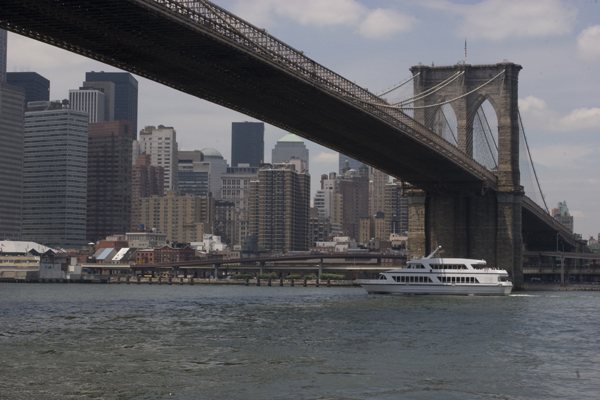