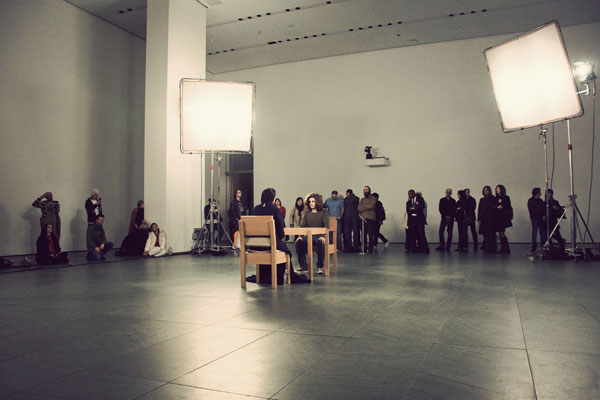 Visitors seem to be handing the naked bodies and other attendant weirdness of Mariana Abramovic’s MoMA retrospective quite well, thank you. (NYT)

Quentin Tarantino may have the best clapboard operator in the biz. (Laughing Squid)

While filming the final, climactic battles of “Harry Potter and the Deathly Hallows”, the Hogwarts exterior set at Leavesden Studios burned to cinders Friday night—which is somehow appropriate. (/Film)

Previous: WORD Up: We Invite You to A Night of Music, Books and Booze in Brooklyn
Next: This is Why You’re Fat, The “Last Supper” Edition