Not only is this a week without a clear chart-topping blockbuster release, but options for international travel from a comfortable seat at your local multiplex are seriously lacking. True, we’ve got the well-reviewed Iraq movie, “Green Zone”, but we’ve seen enough of Morocco fronting for Mesopotamia for at least a little while (and there’s also the Iraq documentary “Severe Clear”) so we’re looking for kinder, less arid locales for our weekend journey. We don’t know where you are, but we’re holding it down in NYC and, alas for us, this weekend’s new releases are chock-a-block with either Manhattan-based melodramas or more by-the-numbers location shoots from Los Angeles, neither of which offer great escapes. Representing the five boroughs are the somber, melodramatic “Remember Me” and Zoe Kazan’s star turn in “The Exploding Girl”—neither of which have collected stellar reviews, but both of which take advantage of New York’s many fine locations. “Our Family Wedding”,“White on Rice”, and “Stolen” stick close to the familiar streets and studios of L.A., though the latter title also gets some nice dusty shots of Santa Clarita, California in an effort that only got a passing mention in the New York Times. Also, though we love you, Pittsburgh, your under-appreciated, often-illusive charms aren’t sufficient to drag us into “She’s Out of My League” and the Boston/New York family drama of “Children of Invention” seems destined for a late-night screening on IFC. Nope, your best getaways this week are two rather challenging trips to Hungary and Korea.

Made in 2008, “Delta” is a tale of small-town life alongside the Danube in Hungary. Though Hungarian actors and crewmembers dominate the credits, actual filming took place on the other side of the river’s delta in Romania. Whatever the case, if you wanted an hour and a half of pure rural escapism flavored with melancholy, Urgo-Finic tradition, and good-old-fashioned Eastern-European sadness, dial it up. Some call it a “Hungarian Deliverance”. We call it a 90-minute trip to a place that we’d never visit on foot (no offense, people). 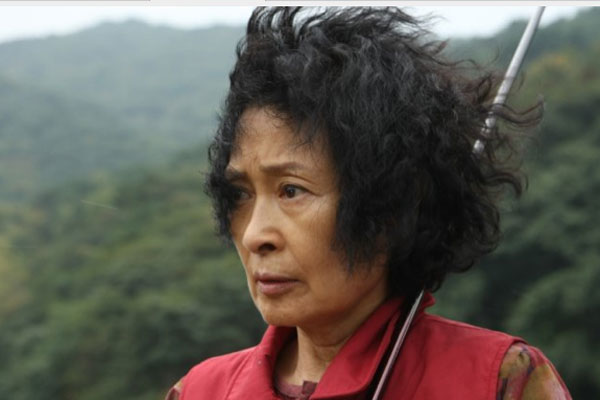 More beautiful, but harder still is Bong Joon-ho’s “Mother”, which certainly received the best notices of this rather poor week. Like so much of Bong’s work, “Mother” uses Seoul and the surrounding small towns as its background and manages to terrify and delight its audience through a sometimes overly intimate connection with primal, troubling emotions. The plot is simple—a underdeveloped son, an overprotective mother, and a tight-knit community tear themselves apart over the murder of a young girl. But, as reviews have noted, it is Bong’s attention to detail, in both his scripts and his locations, that transport you to a dark, uncomfortable place that is also not without its own strange beauty. If you have the stones, this is the hot ticket of the week.

Previous: “Bedroom” Stories: Van Gogh Classic Under Restoration Gets Its Own Blog
Next: Where to Find Our New “Art and Travel” Title: The National Galleries and The Getty