“Star Wars”, “Blade Runner”, “Avatar”, “The Terminator”, “The Matrix”, “2001”—if you had to count down the list of blockbusters and other films both good and bad that were influenced by Fritz Lang’s 1927 black-and-white silent masterpiece, “Metropolis”, you’d be in for a long night. And that’s before you turned your attention to the video games, comic books, novels, musicians, architects, technologists, product designers, fashion lines, and artists effected, knowingly and not by the film’s visual style, plot, and concepts. But even as it sits one of the most influential works ever projected on screen, audiences have only been getting a taste of Lang’s total vision. For generations now, a substantial portion of the total film, created at Studio Babelsberg near Potsdam, has been lost to history, a sad gap noted by the many restorations the movie has endured over the years. Now, however, perhaps since the first time Lang screened his 210-minute cut before German audiences some 83 years ago, around 45 minutes of footage, thought gone forever, has been reunited with existing prints, creating a new vision of the landmark sci-fi epic that will be available today to anyone with high-speed internet.

As the redoubtable Roger Ebert tells us on his Chicago Sun-Times website, that Zatto.tv will be screening the newly produced version of the film from Germany at 8:15 local time (that’s 2:15 Eastern Standard). Alas, American audiences will have to fight for bandwidth at the only French site from which the streaming will be legal here. While restored prints periodically tour the world (see the trailer above) and a Blue-Ray issuing is currently under work from Kino Video, this cut of “Metropolis” comes a time when wall-to-wall special effects used to create a fully immersive experience for the viewer rule the box offices. Not since the release of the original “Star Wars” in 1977 has Lang’s work seemed so of the moment, so available and relevant for a young cinema-savvy audience. Granted, the divide between the silents and the talkies still remains wide—but perhaps this new edit will offer a more compelling view of the film, one that does not suffer from the famous narrative gaps that have always dogged earlier prints. There’s no news of a tour or issuing of this new version, but if today’s live streaming is successful, expect to see “Metropolis” coming to a marquee near you. 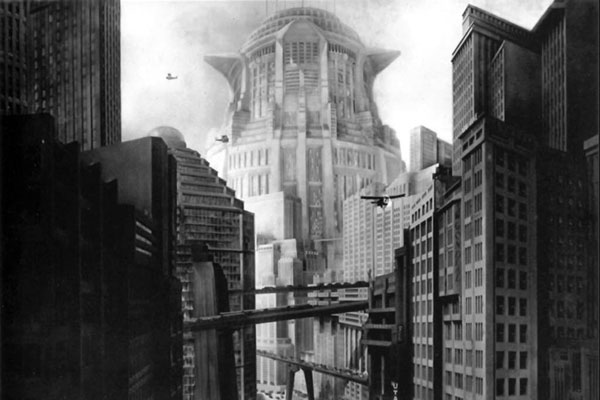 To tour Studio Babelsberg where hundreds of your favorite movies have been shot, visit
Filmpark Babelsberg
26-53August-Bebel-Straße
Potsdam, Germany
+ 49 33-721-2738
www.filmpark-babelsberg.de
For a tour of Studio Babelsberg or to visit other worlds through the lens of film, pick up a copy of our “Film + Travel” series.