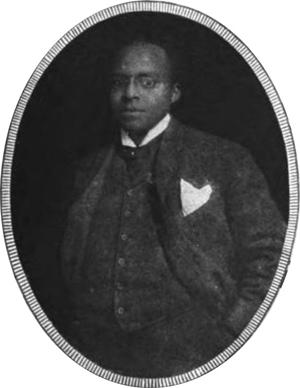 Harlem’s history usually elicits images and memories of it as the longtime citadel of black American life, but were it not for one enterprising young man from Massachusetts, such history might have never been written.

When Philip Payton arrived in New York in 1899, real estate speculators were quickly throwing up modern apartment buildings and brownstones in formerly rural Harlem.  New rail lines had made the neighborhood a viable option for Manhattan’s growing middle class.  Harlem emerged as the choice neighborhood for Jews, Italians, and Irish arrivistes fleeing the substandard housing of Lower Manhattan.  By the time the subway opened in 1904, however, it was clear that developers had simply overestimated the need for housing in the neighborhood. Ignoring the advice of his friends who told him a black man could not succeed in New York, Payton founded the Afro-American Realty Company that same year.

Part social pioneer, part entrepreneur, Payton seized on the opportunity to fill the over-saturated housing market with less desirable black tenants.  Blacks living near today’s Penn Station, in a slum known as San Juan Hill, were increasingly being forced from their homes in the wake of a development and housing discrimination that left them squeezed for options.  Harlem’s new buildings, however, were lacking for tenants.  Payton convinced hesitant white landlords to let their empty properties to blacks and coaxed blacks to pay higher prices for the premium housing.

With his new found success, Payton settled in amongst other members of the black elite, including Booker T. Washington, near Astor Row and affected neighborhood change at a remarkable pace. Payton encouraged blacks to leave behind their shoddy housing in San Juan Hill to make Harlem a prosperous neighborhood of their own. Building by building and block by block, Payton filled Harlem with New York’s growing black population.  By the 1920s, Harlem was identifiably the center of black New York in a way no other neighborhood came close to matching.  Payton did not live long enough to witness the fruits of his ingenuity; he died in 1917 at his New Jersey country home, years before the apogee of the Harlem Renaissance.