Heroes and villains, politicians and spies, academics and soldiers, geeks and mercenaries, tyrants and democrats, lawbreakers and law enforcers populate the pages of Ted Takashima’s international thriller,
The Wall.

Jadon Green
A former US Army captain and commander of the American troops guarding the wall at the US–Mexico border. Blamed for the Tragedy at The Wall—the slaughter of refugees from the Central American nation of Cordova as they attempted to enter the United States illegally—Green becomes the object of international scorn, is branded the Border Butcher and is dishonorably discharged from the military. When asked to lead a daring revolutionary mission to overthrow Cordova’s despotic dictator, Gumersindo Cortázar, and establish the democratic state of Nueva Cordova, the Silver Star soldier and consummate man of action finds professional and personal redemption.

John Olson
Billionaire creator of the ICT juggernaut, PathNet. Respected as a database software innovator and shrewd businessman, Olson is a close friend of President Robert Copeland, Confined to a wheelchair after losing both of his legs, as well as his wife and daughter, in a terrorist attack in Nice, France, Olson bankrolls Cordova’s revolutionaries and orchestrates the plot to establish Nueva Cordova. But is democratic nation-building his sole motivation for doing so?

Stewart Gobel
US Army colonel. Jadon Green’s former superior officer and mentor now works for the Army chief of staff in Washington, DC. The West Point graduate, after serving in Afghanistan and Iran, lost a leg in the same terrorist attack in which Olson’s wife and daughter were murdered. Olson’s wife and daughter were Gobel’s daughter and granddaughter, respectively. It is Gobel who enlists Jadon Green to lead Cordova’s Revolutionary Army.

Robert Copeland
President of the United States. The Tragedy at The Wall places Copeland in political jeopardy, with his approval ratings plummeting as he seeks reelection for a second term of office. Sympathetic to the founding of Nueva Cordova, but prohibited as a world leader from being seen to openly interfere in another country’s affairs, Copeland embarks on an audacious gamble when he sanctions entrepreneur and friend John Olson to mastermind a clandestine plot to overthrow Cordova’s dictator.

Gumersindo Cortázar
President of Cordova. The elite military officer staged a coup when he was a 42-year-old major general and has maintained absolute power for more than a decade. The psychological profile of the dictator, compiled by an associate of John Olson, indicates a man of strong and dangerous contradictions. On the one hand, he possesses a brilliant mind and a high capacity for analysis and judgment; on the other, he is a loose cannon: paranoid, unforgiving, vindictive and not to be underestimated—or trusted.

José Moreno
Leader of Cordova’s drug cartel known as Los Eternos. As a major supplier of narcotics to the United States, Moreno has amassed a fortune of $3.8 billion. Both the US and Mexican governments have put a price on the cocaine kingpin’s head. The uneasy alliance and the festering rivalry between Cordova’s dictator and its drug lord lead to violence. 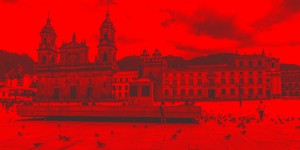 Raminez Dourne
Military and political adviser to Cordova’s President Cortázar. A cold, calculating tactician and observer, Dourne—if that is his real name—is fluent in Spanish and English, yet neither is this man of mystery’s native language. Who is he? Where does he come from? What are his objectives? Answers lie in his ties to terrorism in Europe.

Luis Escárcega
Revolutionary leader and former professor of political science and economics at Cordova University. Supported by antigovernment forces and beloved by the people of Cordova, the charismatic professor is the obvious choice to set up a new government following the overthrow of dictator Gumersindo Cortázar. But first Jadon Green and members of the Revolutionary Army must spring him from the detention center in which Cortázar holds him captive. Now in his late 60s, Escárcega is mentally unbowed but physically weak from his prolonged and inhumane incarceration.

Penelope Escárcega
Luis Escárcega’s estranged daughter. A medical professor and practicing surgeon, she has neither seen nor talked to her father in years, bitterly blaming him for neglecting his wife and family in favor of his academic career and Cordova. Very much Luis’s daughter, Penelope is as popular as he is with Cordovans because of her humanitarian efforts in public health and education. A reluctant revolutionary, she eventually joins the cause and rises to her destiny.

Arsenio Fernández
Refugee from Cordova and a revolutionary. The firsthand witness to the Tragedy at The Wall, where his wife and daughter were massacred before his eyes, vows vengeance on the United States and Jadon Green. He intends to kill Green in retaliation, but only after he cooperates with the American to revive his country and establish Nueva Cordova.

Tsutomu
Mercenary. The third-generation Japanese-American and former Delta Force operator is Jadon Green’s trusted righthand man in the counterterrorism mission to rid Cordova of its dictatorship and drug cartel. Tsutomu’s youth and often brash demeanor disguise his killer instinct and extensive combat experience. A one-time candidate for the Olympics, he is a crack shot with a rifle and a deadeye sniper.

Adán Solano and Vanessa Smith
FBI agents. Through dogged, often tedious investigation, Adán, the ambitious rookie agent, and Vanessa, his seasoned superior and encouraging trainer, use AI, facial recognition software, video analysis and old-fashioned gumshoe fieldwork to discover the truth about the Tragedy at The Wall and the identity of the American soldier who fired the first shot—and why. A graduate of MIT and a State University of New York law school, Adán is a second-generation immigrant from Chile for whom illegal immigration and the Tragedy of The Wall hold personal as well as professional significance.

Tribute to the Queen

Tell Me a Story, Please