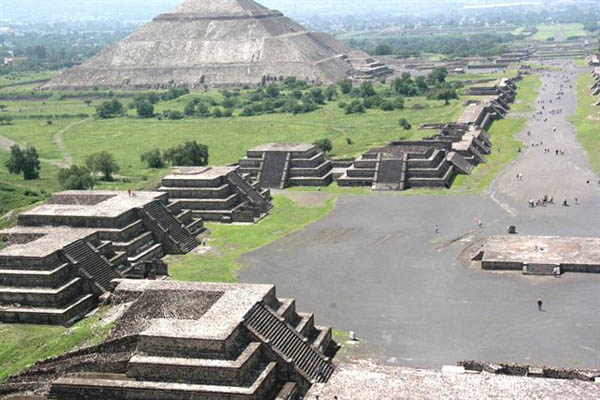 Less than an hour outside Mexico City sits The City of the Gods, Teotihuacán. Teotihuacán is home to one of the most important archeological sites in Central America and where you can visit some of the largest pyramids in the world.

The construction of Teotihuacán began in 300 BC and at its peak in 600 AD, was the sixth largest city in the world. However, 50 years later, the population of the city under went a sharp decline and by 750, was completely abandoned, for reason that still baffled archaeologists today. Most likely it was Mexico’s biggest ancient city at its peak and the sixth largest city in the world in AD 600. Teotihuacan began declining sharply around 650 AD, and was almost completely abandoned around 750 AD.

At its peak Teotihuacan held around 200,000 people in its well planned city streets which covered nearly eight square miles and was larger and more advanced than any European city of the time, including its contemporary Rome; it also out lasted Rome by more than 500 years. 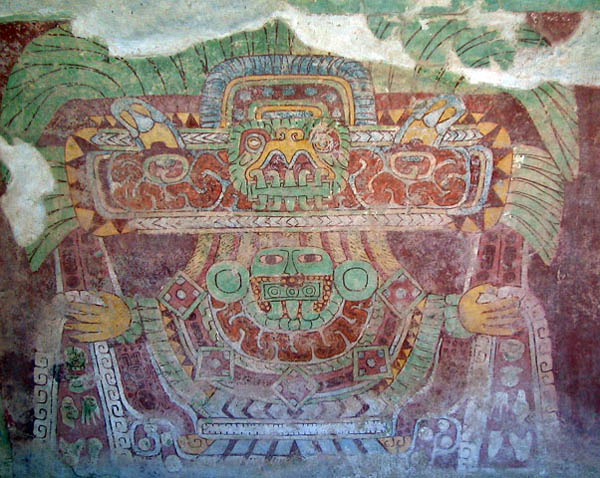 Access:
The archeological park is open Tuesday-Sunday 9 am to 5 pm and there is a nominal fee for entrance.

By Air – The closest airport to Teotihuacan is Mexico City.

By Car – Teotihuacan is located about 30 miles northwest of Mexico City. Take Highway 85D northwest out of the city and follow signs to San Juan Teotihuacan. The journey takes about an hour by road.

By Bus – Buses make the trip from Mexico City’s north bus terminal to the Pyramids about every 30-60 minutes.

Previous: News: Caravaggio in Serbia
Next: News: Book of the Dead