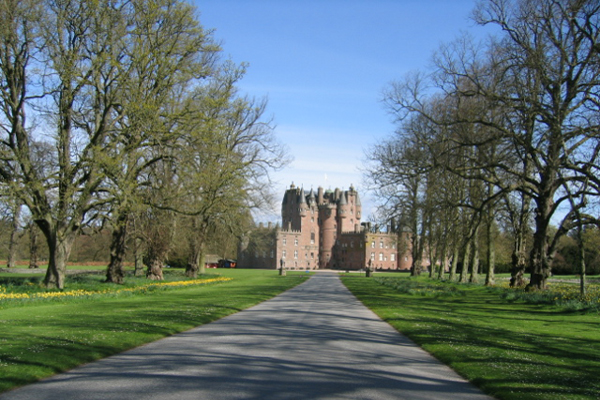 “Glamis thou art” “and yet woulds’t wrongly win: thou’dst have great Glamis” – Macbeth, Shakespeare
In County Angus, Scotland, not far from Edinburgh and Dundee, down a winding, two-lane road, lays one of the most famous castles you might never have heard of; Glamis Castle, full of medieval lore and modern history, the location of Shakespeare’s Scottish play and where ghosts are given reserved seating. 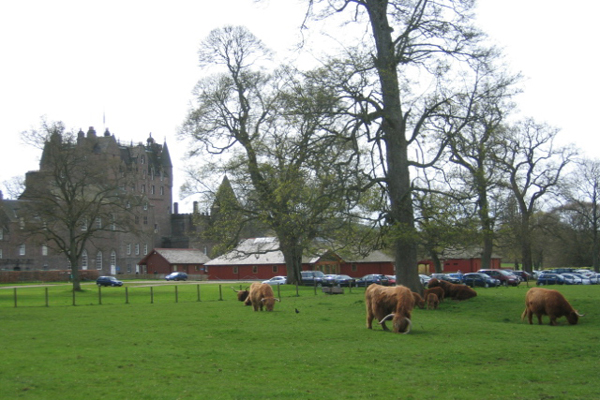 The site of Glamis Castle has been of importance since ancient times, a Pictish stone was found in the riverbed close by, but since medieval times, has been a stronghold of royalty. It is on the current site of Glamis Castle, in a hunting lodge, that King Malcolm died after receiving a mortal wound in battle in 1034. Though legends wrongly state that he was murdered at the current castle, a form of which stood at the time, the King is always saved a seat in the Castle’s chapel.

Sir John Lyon constructed some form of the Glamis Castle we see today shortly after 1400 but it was in the 17th and 18th centuries that drastic reconstruction of the castle began, giving the fortress the feel of a French Château. The medieval tower still exists though, at the center of the castle. 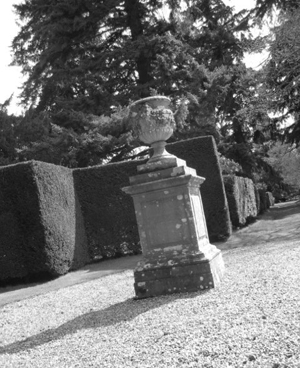 Legends surrounding Glamis Castle have exists for hundreds of years, this is no doubt the reason Shakespeare set Macbeth here instead of in its proper Elgin Castle. The stories of the ghosts of Glamis are in many ways, the story of the castle itself. There is the Gray Lady, said to knock on walls and be seen wheeping in the halls; she is supposedly the ghost of the very real Lady Janet, who was burned at the stake in front of Edinburgh Castle after being falsely accused of witchcraft by King James V, who killed her over hatred of his stepfather, the Lady’s brother.

But the most intriguing story of all the ghoulish tales is of a walled-up room. The secret of the room is supposedly so horrible, it is only allowed to be passed down to the male heirs of Glamis upon their 18th birthday and upon questioning, members even of the currently royal family refuse to confirm or deny any suspicions. According to the book Strange but True by Tom Slemen, “The unmentionable secret of Glamis was briefly touched upon in 1904 when the 13th Earl of Strathmore, Claude Bowes-Lyon, told an inquisitive friend, ‘If you could only know the nature of the terrible secret, you would go down on your knees and thank God it were not yours.’”

Some have speculated that the room holds the remains of the Ogilivie family, who coming to the castle seeking protection from their enemies the Lindsays, were walled into the room and left to starve, while others say the room was used to hide away inbred members of the family (this is may be substantiated by a painting at the castle featuring a child with a strangely deformed torso). Rumors of the room persist not only of the great fantasy associated but because if counting the windows from outside the castle and then once more from inside, the number is always two off.

Though the fascinating history of the castle itself is reason enough to visit, Glamis sits on 14,000 acres of stunning forest and gardens, particularly the Italian Garden, laid out in 1910 by the parents of the Queen Mother, who grew-up at Glamis and had her daughter Princess Margaret there. The current Earl and Countess of Strathmore and Kinghorne use the grounds as a working farm and own a number of postcardesque Highland cows (or hairy coos as they are affectionately called). The castle also holds significant works of art, including many 16th century paintings and a possible Anthony van Dyck.

Access: Glamis is situated an hour and a half from Edinburgh and only 12 miles from Dundee. Trains can be taken to Dundee where the 22, 22A or 22D bus can be caught to Glamis.