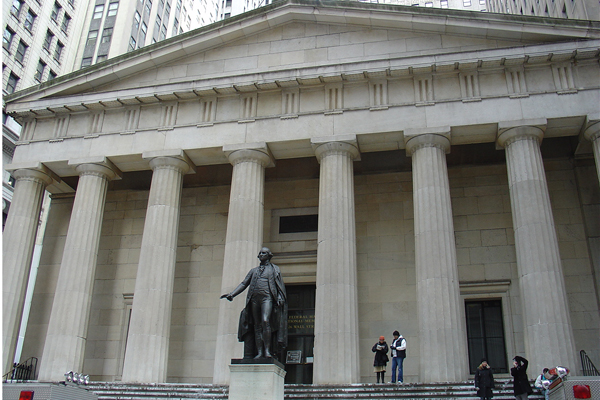 The original Federal Hall was built in 1703 and was used as New York’s city hall. In those early years, the building held pinnacle moments in American history such as housing the trial of printer John Peter Zenger, whose acquittal on the charge of libel was a precedent-setting case for freedom of the press, and in 1765, the Stamp Act Congress met at Federal Hall to protest “taxation without representation.” 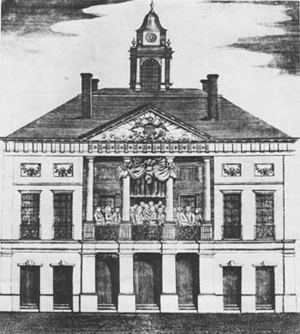 In 1788, the building was renamed Federal Hall and New York became the first capital of the United States, it is here that the Bill of Rights was passed. In 1789, Federal Hall was used as the site of the inauguration of the first president, George Washington.

The building we see today was built in 1842. The original building was torn down in 1812 and a temporary, small brick building constructed to serve as the U.S. Customs House.

Federal Hall is open Monday through Friday from 9:00 a.m. to 5:00 p.m where visitors can see the “Gateway to America – Discover New York Harbor exhibition, which tells the story of the harbor through the lens of U.S. history, immigration, commerce, defense and the environment.