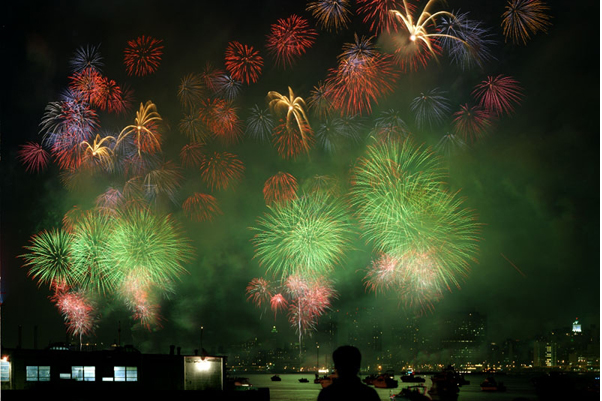 Celebrations: It is the 4th of July in the US this weekend and there is no better place to celebrate than in New York City. This year the annual fireworks display, put on by Macy’s, returns to the Hudson River where the department store will be launching 40,000 shells on six barges beginning at 9:30pm.

Earlier in the day on the 4th, catch the annual Nathan’s hot dog eating contest from 10am-1pm at Coney Island and singer, songwriter, Rosanne Cash at a free concert on Governor’s Island at 2pm. Ferry’s to Governor’s Island are free and leave from 10 South Street at Whitehall and Broad Streets in Lower Manhattan.

Film Openings: Agony of the Ecstasy of Phil Spector, an indie documentary look at the trials and tribulations of one of the most legendary pop music producers of all time as seen through his court proceedings for murder backed with a soundtrack of some of his most well-known 60s hits.

In big screen news, M. Night Shyamalan’s The Last Airbender premieres just in time for the 4th of July weekend but so far, the reviews of been paltry. If looking for big budget, mindless fare, check out the third film in the Twilight sage, Eclipse, which has received surprisingly good reviews this time around.

Reads: Rich Remsberg is an Emmy Award winning archival image researcher who has collected photos for shows like the American Experience from the bowels of the Library of Congress. His new book, Hard Luck Blues: Roots Music Photographs From the Great Depression, beautifully chronicles photos of 1930s music in America.

Previous: I Will Never Forget You
Next: Chronicles: Tenors and Tiramisu at Ferrara’s Cafe & Bakery