Home » Blog » The Life and Death of a Free Thinker

The Life and Death of a Free Thinker 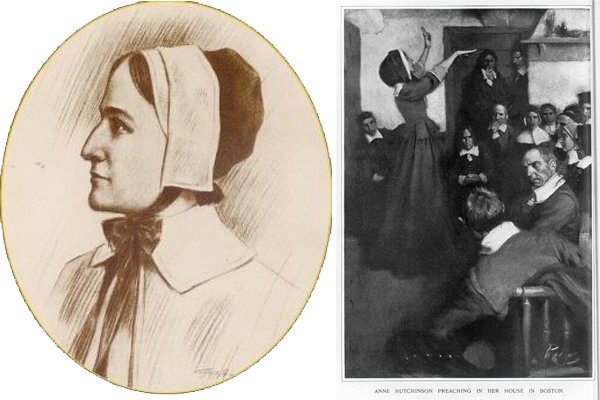 Anne Hutchinson preaching at her house

An uncontested election is a sign of democracy at work, but America wasn’t always the land of the free. When the first European settlers arrived in the New World, religion and superstition ruled the land, and the rights we take for granted today were a long way away.

Anne Hutchinson was a Puritan settler who came to America in 1634 and settled at the present-day corner of School and Washington streets, across from Governor John Winthrop. Three years later, Hutchinson began hosting informal meetings at the house, at which she discussed biblical passages. What began as a meeting of a few women grew, and soon up to 80 men and women would come to hear her speak each week. When she started to speak ill of the city’s religious leaders, they couldn’t take it any longer. 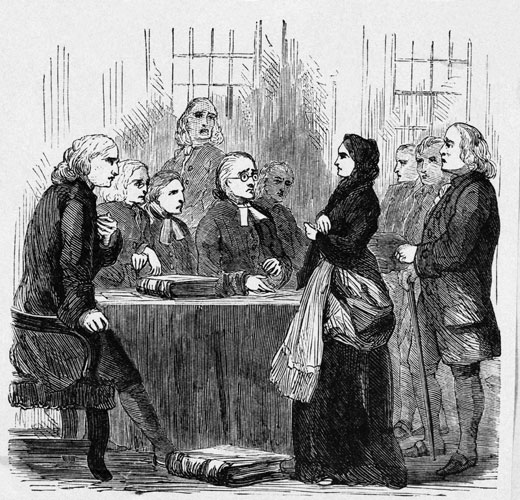 On November 7, 1637, Hutchinson was brought to trial; Winthrop was the lead judge. She was convicted of heresy, excommunicated by the church, and exiled from the Massachusetts Bay Colony. She walked to Portsmouth, Rhode Island, where her family helped to establish their own colony populated by those who had been expelled from Massachusetts.

When her husband died, Hutchinson and her children moved to Dutch New York to be free from English control. She died, along with six of her children, during an raid by Native Americans, near what is now the Hutchinson River in the Bronx. 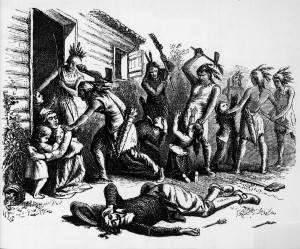 The Killing of Anne Hutchinson

For more stories of America’s early days, and all that came after, pick up a copy of Chronicles of Old Boston from Charles Bahne and Museyon Guides.

Previous: Sistine Chapel at 500
Next: The Private Passions of Claude Monet