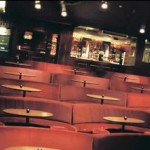 Originally built as The Irish Film Theatre in 1963, The Sugar Club reopened the defunct theatre in 1999 after it lay unoccupied for 14 years following the theatre’s closure in 1985. Now, The Sugar Club plays host to a variety of nights including swing dancing, comedy and film.   One of the most talked about features of the club ... END_OF_DOCUMENT_TOKEN_TO_BE_REPLACED

When looking for good food, music and a drink that won’t break the bank in Barcelona, head to Sugar Club. This funky restaurant and club is known for having some of the best salsa in the Barcelona and has a happy hour that lasts until 11pm each night. The lounge and music opens at 8pm but before that, its ... END_OF_DOCUMENT_TOKEN_TO_BE_REPLACED