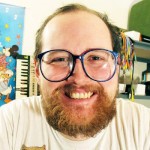 According to a recent press release, avant-garde, hipster, musician Deacon, a champion and leader of the Baltimore music scene known for his in the round, sweaty, concert performances, will be scoring Francis Ford Coppola’s next film, Twixt Now and Sunrise, which is due out later this year. The “gothic romance” stars Val Kilmer, Bruce Dern, Ben Chaplin and Elle ... END_OF_DOCUMENT_TOKEN_TO_BE_REPLACED

The Scene In Six Sounds: Baltimore

In honor of the release of what’s widely tipped to be one of the albums of the year, Beach House‘s third effort Teen Dream, this years Scene In Six Sounds will be taking us to where it all started for the dreamy twosome, Baltimore. A scene known for its affordability and slightly eccentric outlook, there’s no doubt that the Maryland ... END_OF_DOCUMENT_TOKEN_TO_BE_REPLACED