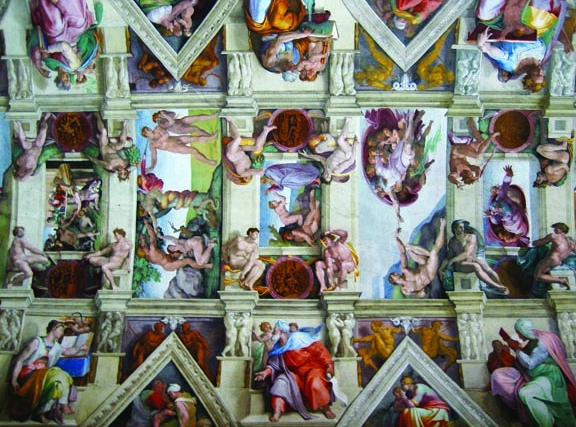 It’s one of the holiest sites in the Catholic church—and one of the most sacred spots in the history of art. It’s the Sistine Chapel, and it was inagurated 500 years ago on October 31, 1512 by Pope Julius II. All those centuries ago, the pope led mass under Michelangelo’s still-wet masterpiece. Today, 20,000 people a day admire the artist’s work, but for Michelangelo, it was an arduous—and lonely—process.

The Renaissance master was better known as a sculptor when he called to Rome by Vatican architect Donato Bramante. Michelangelo had no experience with fresco, and Bramante may have wished to embarrass Michelangelo to make his friend, the painter Raphael, look better. But, with some not-so-subtle encouragement from Pope Julius II, Michelangelo took the task, setting up a scaffolding and eventually decorating the entire 6,000-square-foot ceiling with only a plasterer and a color-mixer to help him. In all, he painted 343 larger-than-life figures, including the famous scene of the creation of Adam, over the course of 4 years. But even that wasn’t fast enough for the pope, who constantly pressured Michelangelo to finish faster. 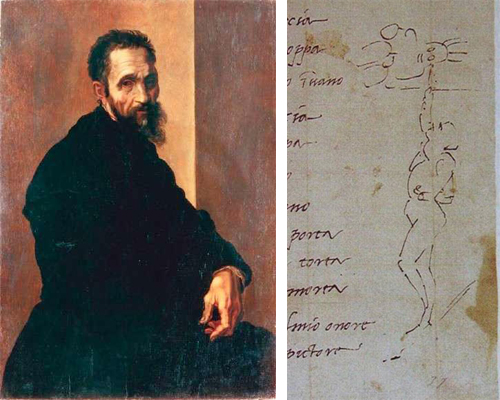 Pressure from the pope was only one of the ways Michelangelo suffered along the way, and he recounted his pain and frustration in a series of poems and letters to his brother. “Not odd that what’s on my mind, when expressed, comes out weird, jumbled,” he wrote, explaining that the frescoes failed to meet his preparatory sketches due to his contorted posture. “Don’t berate; no gun with its barrel screwy can shoot straight.” 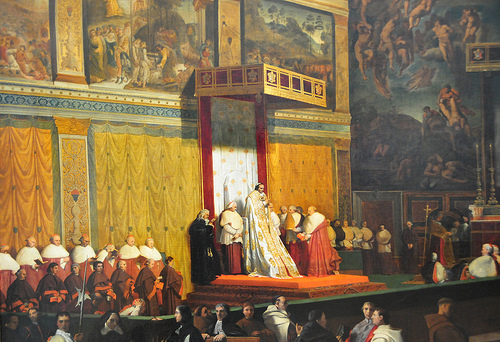 Bramante may have given Michelangelo the assignment with less-than-pure motives, but the Sistine Chapel ceiling remains one of mankind’s greatest artistic triumphs. To learn more about Michelangelo—including details of his second trip to the Vatican, nearly 30 years later—plus the true stories behind more of Rome’s most famous masterpieces, pick up a copy of Chronicles of Old Rome by Tamara Thiessen.

Previous: Roy Lichtenstein: A Retrospective
Next: The Life and Death of a Free Thinker

A Visit to Antibes Books on the French Riviera