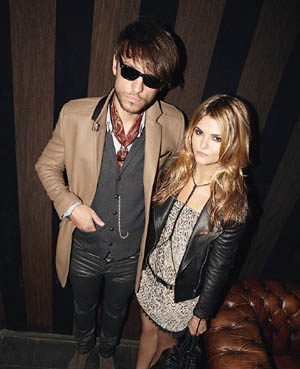 Robert, a photographer, and Gemma, a DJ

The French clothing brand The Kooples is about to open three of their first stand-alone stores in the UK. And they promise, they won’t be the only ones. The company that in two short years has taken over the young and trendy Paris scene is already imbedding itself in the world of London hipsters.

The Kooples was founded by three brothers, Alexander, Laurent and Raphael, the heirs to the Comptoir des Cotonniers womenswear chain. Their latest marketing scheme in London features arresting photographs of gorgeous, skinny duos modeling their clothing, the genius of which is that all the pairings are real life couples, some of which happen to be actual models but are more often photographers and djs.

Tagged with: news the kooples