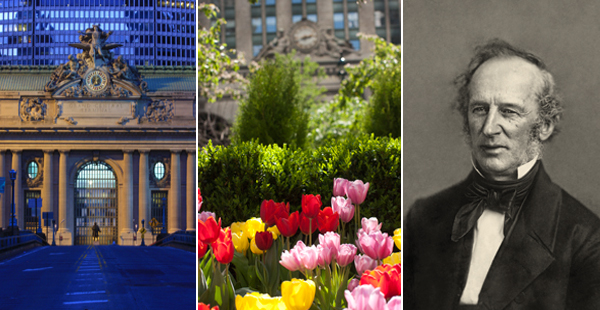 Grand Central Terminal opened its doors to the public at midnight on February 1, 1913. The first train left at 12:20 AM. What began as the new terminal for electric trains transformed the area into prime real estate in Manhattan, called Park Avenue.

There was a time when Park Avenue was known as Fourth Avenue, and it was populated mainly by breweries, factories, and small farms. Its most notable features were the noisy, filthy trains that ran down two tracks at its center, all the way to Prince Street.

The shipping magnate “Commodore” Cornelius Vanderbilt acquired the Hudson River Railroad in 1864. In 1869, he directed the beginning of construction of Grand Central Depot on 42nd Street in Manhattan. Grand Central Depot, the predecessor to today’s structure, opened in 1871 after Vanderbilt purchased the land between 42nd and 48th streets and Lexington and Madison avenues to make way for his new venture in railroads.

In 1872, Vanderbilt purchased the craggy promontory along Fourth Avenue for an astonishingly low price, in exchange agreeing to blast the stone, level the grade of the avenue in the process, and bury his four tracks, which would emerge above ground at 97th Street.

By 1875, the project was complete. The Avenue was now one hundred and forty feet wide, the grandest boulevard in New York, with fifteen-foot sidewalks, and a fifty-six-foot wide center mall providing relief and ventilation from the not-so-grand fumes, filth, and deafening noise from the tunnel below. 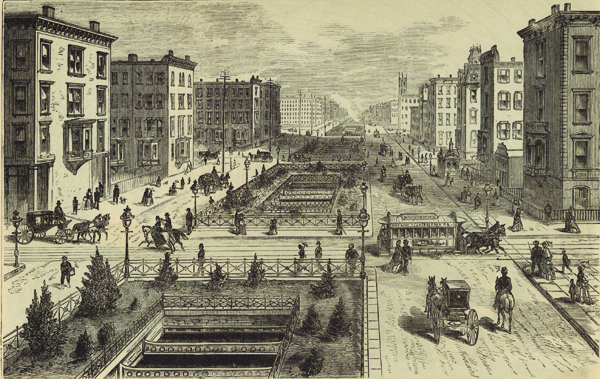 In March 1888, the City Aldermen agreed to rename the boulevard Park Avenue. It took a while for society’s royalty to accept Park Avenue; its development is solely a twentieth-century phenomenon. It wasn’t until September 1906, when the trains were electrified—minimizing the noise and reducing the need for ventilation—that the malls of Park Avenue could be landscaped.

To learn more about Park Avenue, pick up a copy of Chronicles of Old New York from Museyon Guides.
Also discover Grand Central Terminal as a filming location at facebook.com/museyon.

Spotlight On: The Springs Preserve