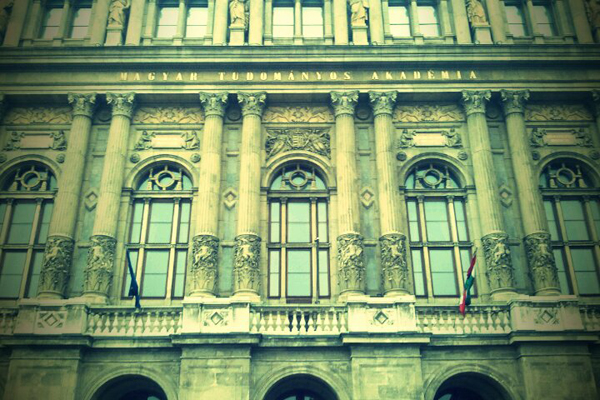 Simon Iddol is the first interview subject we’ve had to journey around his city and take photos for us to include in his post on all about Budapest. But that’s Simon, groundbreaking. In April of 2006, Simon started blogging and producing mashups incognito as the mysterious “DJ from Vatican City.” During his three ‘Vatican Years’, Simon Iddol became one of the key figures of the mashup scene and culture and the most influential music blogger in Eastern-Europe, beginning Mashuptown.com (co-owner fall 2006 – May 2007) and AudioPorn Central (founder August 2007 – present), voted as the 26th best blog on the BT Digital Awards People’s Choice 2008 and one of the Top100 music blogs in the world. Now, AudioPorn Central is a collective of DJs and producers from all over the world who apart from blogging about music daily, regularly creates cutting edge mashup and remix compilations and mixtapes. 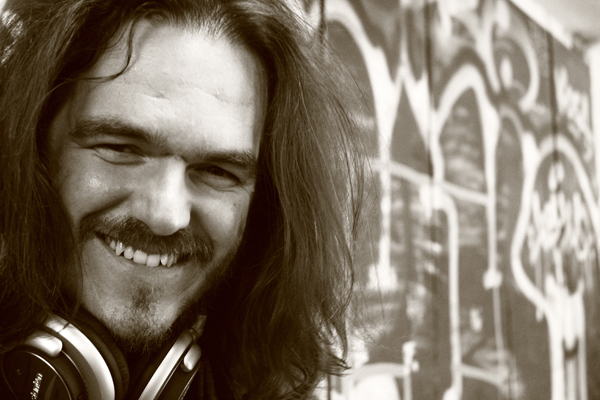 What should we know before we go to Budapest?
Budapest is the capital of Hungary, it’s in the centre of Europe, on the edge of Eastern and Western Europe in every possible way. Big, wild, dirty, crazy, beautiful, historic retrofuturistic.

Who are your local musical heroes?
When I was a kid I was into the post punk, indie, underground bands of the 80’s, like Kontroll Csoport, Európa Kiadó, A.E. Bizottság, Neurotic. We’ve been listening the bootleg version of their concerts on cassettes, their songs were kinda cultural resistances against the communist system.

What local bands or musicians should we be listening out for?
There are quite few new and exciting bands and artists nowadays, let’s say since 2000. ‘Eastern Sugar’ by ŽAGAR is one of the best Hungarian tracks ever, it’s not a new song but still amazing. I love the things of We Plants Are Happy Plants, he a really talented young producer. If you are into rock you have to check out Turbo, they are one of the most popular rock bands at the moment and if you wanna listen some Hungarian folk music mixed with breaks ‘n electronica you have to grab ‘Tulipan’ by DJ Pozsi. 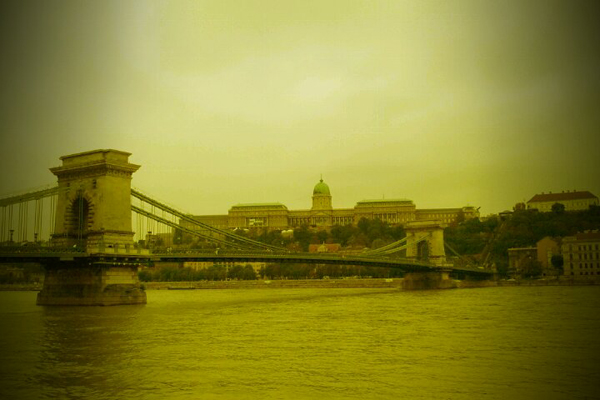 What are your favorite music venues and where should we eat and drink around there?

West-Balkán
This is the underground superclub of Budapest, situated in a famous department store in the city. It’s big, it’s raw, it massive. I’m always happy to play there.

Corvintető
This club is also on a department store building with a brilliant roof terrace. This is where we started our MashupCentral parties last year, with a massive double night. The club was packed on both parties and these are still one of my most memorable gigs ever. 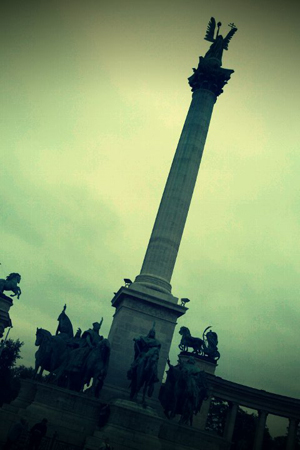 A38
An old Ukranian carrier boat turned into a stunning art center and concert hall, you can get a superb view of the city cos its on the river Danube.

Gödör
The construction hole of the never finished National Theatre turned into and art center and concert hall in the middle of the city.

Fogasház
Young artists took over an abandoned block and turned the whole building into an art center with a lovely bar. A must see place.

Foodwise, try something typical hungarian, like the fish soup (which is greasy, spicy and heavy, but fantastic), as a streetfood eat some lángos (pancakeish bread type of thing with garlic and cheese) plus drink a lot of Hungarian wine, I recommend the light dry ones.

Any local music festivals or events we should put on our calendar?
Oh yes. The biggest music festival is Sziget it’s one of the largest festivals of Europe. But we have a regular cultural festival every spring and autumn.

Is there a Budapest sound? Or is there a community/scene vibe in the city?
I think yes, there is a typical Hungarian sound mainly on the alterpop, indie scene. Otherwise the city is quite devided, there is no such a thing like Berlin=techno Paris=french house etc. The new electro styles coming up, drum & bass and break beat is really popular and also hip-hop. The hungarian hip-hop scene is really good, I think our language is great for the rhymes.

What’s your perfect night out in Budapest?
I rarely go out cos AudioPorn Central takes way too much work, I only go out when I play somewhere. But I love the open air bars in summer, hanging out with friends till the morning. We have a lot of these places in summertime.

Any other things that are a must see and do in Budapest?
Thermal baths, art museums, the hills of Buda especially Normafa which is amazing for romantic walks 😉

What is your favorite city/venue to play on the road and what place has the craziest fans?
This year’s best party was in Balie Tusnad, Romania at the Tusvanyos Festival. It was unexpectedly great, the people were open minded and really kind, and they know how to party. I’m really looking forward to my forthcoming Icelandic trip and I wanna do my first US tour pretty soon.