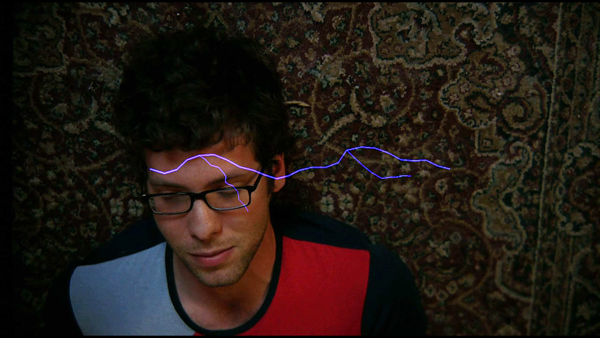 A Bushwick native via Israel, Or Zubalsky has been making music in Brooklyn for over six years. His music project is called Juviley, which has just released a new album out called Our Choices Rhyme. You can find the album in all the traditional places but you can also grab it on Juviley’s site via a video game. Or takes us on a musical tour of Bushwick, including what artists to watch out for and where you should try and see them.

What should we know before we go to Bushwick?
You should know that you’re going to have to get ice cream in advance. Bushwick will have everything you want and need, except for very good ice cream. Other items you may wish to get prior to coming are: a teaspoon with an extra long handle, earplugs, a turtle or a whale, an orange wig. Other than that, it’s just great!


Who are your local musical heroes?
Recently, the number of musicians on my list of heroes got smaller and was replaced by a bunch of curious people who like silence and space. However, a true local musical hero does reside in Bushwick, and his name is Joe Crow Ryan. Besides playing regular shows, he busks a lot with his ukulele and sings pretty songs and sad songs. Sometimes he sings songs that are both pretty and sad. I think he is brave and nice.

What local bands or musicians should we be listening out for?
Das Racist are fun. Sharon Van Etten is good. I think These Are Powers have something to do with the neighborhood and they’re an interesting band. But I guess these are all already well known. There was a local duo named Feather & Folly which I loved, but unfortunately one half moved out of the country. Their music is still online, and the other half, who stayed, is playing now with the band American Sun. Other smaller and favorable acts include Frankie & The Momos, EGO, and Trustfall. And if I can temporarily extend Bushwick by one more stop on the M train I will include The Forms. Their newest album is really good and their shows are more exciting than Toto’s hit song, ‘Africa.’ Oh, and you should also listen to my new album if you want to!

What are your favorite music venues and where should we eat and drink around there?
When I had just moved to New York, Goodbye Blue Monday was one of the first places that took me in and made me feel awkwardly comfortable. Years have passed and it is still one of my favorite venues. The place is filled with beautifully assembled junk. They have the friendliest booking policy, so there is a big variety of strange acts who play there. I also like Silent Barn, and house shows are always great.

As for places to eat, Roberta’s pizza is one of the most delicious pizzas I’ve ever had. However, nowadays, it takes hours to get a table. When that happens, or in any other occasion, Life Cafe is a good choice. It seems like they’ve been having trouble getting a proper food sanitation inspection grade, but it doesn’t stop me from going there.

There are many good places to drink. Kings County and Wreck Room are perfect local bars. They’re dark so you can make funny faces in front of your friends with no fear. I also like Tandem, but I feel like I should own a either pair of boots or a hat if I go there.

Any local music festivals or events we should put on our calendar?
Oh, there are so many, and they seem to keep appearing out of nowhere. I suspect they are born in the mysterious Woodhall hospital. The biggest festival is the annual Bushwick Open Studios. It’s been going on for five years now, and every year it gets bigger and better. This summer there were around 350 shows. There are many more smaller events that are worth paying attention to. Everything keeps changing all time forever so I would just say that most events are listed and covered in local and loyal websites.

Is there a ” Bushwick sound”? Or is there a community/scene vibe in the city?
I can’t say there is a specific Bushwick sound, especially when there are so many musicians and bands living and playing here. There are definitely Bushwick found sounds. For example, the sound of the person who yells the same phrase outside my window every day at around noon. I’ve heard this sentence at least a thousand times and I’m still not sure what he’s selling. Whatever it is, it costs two dollars.

I think there is a sense of a scene in the neighborhood, or at least scenic senses. It feels like Bushwick is trying to have its own identity, so there are many websites that have the word Bushwick in their title. They do a very good job updating everybody about everything that’s happening, and they help establish a sense of community. Two good ones are BushwickBK, and The Bushwick Dream. The neighborhood also has its own zine, The Bushwick Review. I am biased because I was a part of one of the issues, but I can still say that it’s worth paying attention to. It features stories, comics, poems, and other oddities.

What’s your perfect night out in Bushwick?
Oh, it would be taking an SUV limo to the financial district.

Any other things that are a must see and do in Bushwick?
Of course, but it’s a secret.