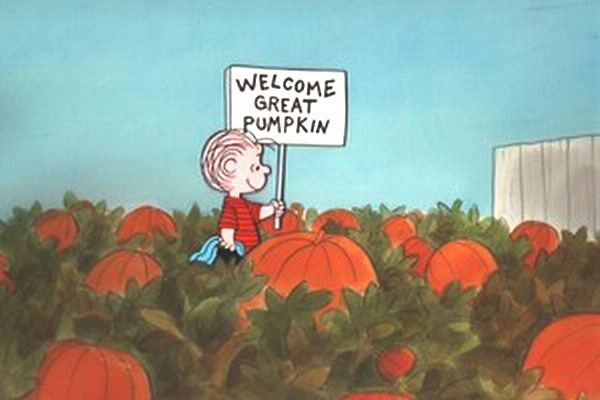 Celebrate: It’s Halloween! And since this year the holiday falls on a Sunday, the celebration will be lasting all weekend. Read up on our guide to New York City’s Halloween and get going on those costumes!

Monsters – Six years ago NASA discovered the possibility of alien life within our solar system. A probe was launched to collect samples, but crashed upon re-entry over Central America. Soon after, new life forms began to appear and grow. In an effort to stem the destruction that resulted, half of Mexico was quarantined as an INFECTED ZONE. Today, the American and Mexican military still struggle to contain the massive creatures.

Wasteland – Filmed over nearly three years, Wasteland follows renowned artist Vik Muniz as he journeys from his home base in Brooklyn to his native Brazil and the world’s largest garbage dump, Jardim Gramacho, located on the outskirts of Rio de Janeiro. There he photographs an eclectic band of “catadores,” or self-designated pickers of recyclable materials. Muniz’s initial objective was to “paint” the catadores with garbage. However, his collaboration with these inspiring characters as they recreate photographic images of themselves out of garbage reveals both dignity and despair as the catadores begin to re-imagine their lives.

Strange Powers: Stephin Merritt And The Magnetic Fields – Songwriter Stephin Merritt is known as “the Cole Porter of his generation” for his memorable melodies, lovelorn lyrics and wry musical stylings. Shot over a period of 10 years, this film explores his friendship with his longtime bandmate and manager Claudia Gonson. Through his recording and songwriting process, the film traces a 20-year career that has yielded one of the most engaging bodies of work in the contemporary American songbook.

Life by Keith Richards – With The Rolling Stones, Keith Richards lived the original rock and roll life. Now, he tells his story of life; listening obsessively to Chuck Berry and Muddy Waters records, learning guitar and forming a band with Mick Jagger and Brian Jones. The Rolling Stones’s first fame and the notorious drug busts that led to his enduring image as an outlaw folk hero. Creating immortal riffs like the ones in “Jumping Jack Flash” and “Honky Tonk Women.” His relationship with Anita Pallenberg and the death of Brian Jones. Tax exile in France, wildfire tours of the U.S., isolation and addiction. Falling in love with Patti Hansen. Estrangement from Jagger and subsequent reconciliation. Marriage, family, solo albums and Xpensive Winos, and the road that goes on forever.

The Elephant to Hollywood by Michael Cain – When he was in his late fifties, Michael Caine believed his glamorous, rags-to-riches Hollywood career had come to an end. The scripts being sent his way were worse and worse. When one script really disappointed, he called the producer to complain about the part. The producer said, “No, no, we don’t want you for the lover, we want you for the father.” Salvation came in the unlikely form of his old friend Jack Nicholson, who convinced him to give acting one more shot. What followed was not only an incredible personal transformation but also one of the most radical comebacks in film history. Learning to accept his new role both on camera and in his own life, Caine went on to win his second Oscar, be knighted by the queen, and deliver some of his best performances to date. Now he shares the spectacular story of his life, from his humble upbringing in London’s poverty-stricken Elephant and Castle, his military service, touching marriage and family life, and lively adventures with friends, to legendary meetings with fellow stars, forays as a restaurateur, and hilarious off-screen encounters from his glittering five-decade career.

Previous: Spotlight On: The Victoria and Albert Museum
Next: News: Holy Dinosaur!