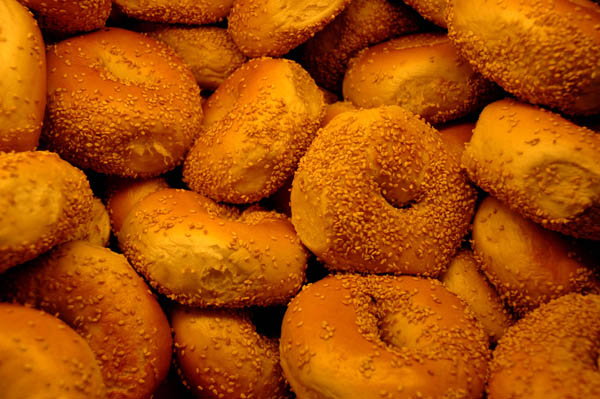 Celebrate: This weekend is Yom Kippur, so for all our Jewish friends, Happy Day of Atonement and you’re welcome- we skipped writing about the new cookbooks out this weekend. But if you are into self-torture, here’s a list from CBS entitled: Yom Kippur: 10 Foods We Can’t Wait to Eat.

Watch: This is a great weekend for movie lovers with nearly all the big film releases on Friday getting more than a few rave reviews. Here’s a few…

Easy A – After a little white lie about losing her virginity gets out, a clean cut high school girl (Emma Stone) sees her life paralleling Hester Prynnes in The Scarlet Letter.


The Town – The tale of four men, thieves, rivals and friends, being hunted through the streets of Boston by a tenacious FBI agent and a woman who might destroy them all.

Never Let Me Go – An alternate history story of a woman who, as she reflects on her private school years in the English countryside, reunites with her two friends to face the dark secrets tied to their communal past.

Read: How George Washington Fleeced the Nation: And Other Little Secrets Airbrushed From History by Phil Mason – The hidden quirks and shortcomings of history’s leading figures will change the way you think about history. Our view of the famous is one-dimensional—leading figures from history are summarized in history textbooks with one or two lines: Churchill the war-time genius, Gandhi the poor ascetic—but nobody is perfect and even the famous have their quirks and hidden secrets. How George Washington Fleeced the Nation reveals the often hilarious, sometimes shocking, and always highly informative foibles of the great and the good. Einstein, the most brilliant man who lived, regularly forgot his shoes and never learned to drive. Hitler possibly has a Jewish ancestor and Picasso avoided paying restaurant bills by doodling on their napkins instead.

In Your Face : Professional Improprieties and the Art of Being Conspicuous in Sixteenth-Century Italy by Douglas Biow – In Your Face concentrates on the Renaissance concern with self-fashioning by examining how a group of Renaissance artists and writers encoded their own improprieties in their works of art. In the elitist court society of sixteenth-century Italy, where moderation, limitation, and discretion were generally held to be essential virtues, these men consistently sought to stand out and to underplay their conspicuousness at once. The heroes (or anti-heroes) of this book, Michelangelo Buonarroti, Benvenuto Cellini, Pietro Aretino, and Anton Francesco Doni, violated norms of decorum by promoting themselves aggressively and by using writing or artworks to memorialize their assertiveness and intractable delight in parading themselves as transgressive and insubordinate on a grand scale.

Tagged with: easy a museyon's guide to the weekend never let me go the town yom kippur