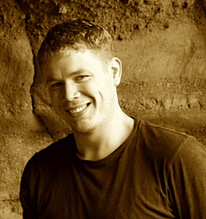 It’s time for another round of Meet Museyon. This time we’re starting off with James Hendicott, your guide to Celtic punk in Dublin in Music+Travel Worldwide. James is a freelance music and travel writer based in Galway, Ireland, and he’s written his way around the world — from South Korea to Katmandu — discovering music for publications such as State Magazine and The Korea Herald. Last week, James introduced you to Dublin’s best music pubs  and on Wednesday we’re going to debut his new weekly series — Behind the Scene.

Find out James’ punk picks, and well as his tips for visiting Dublin, after the jump… 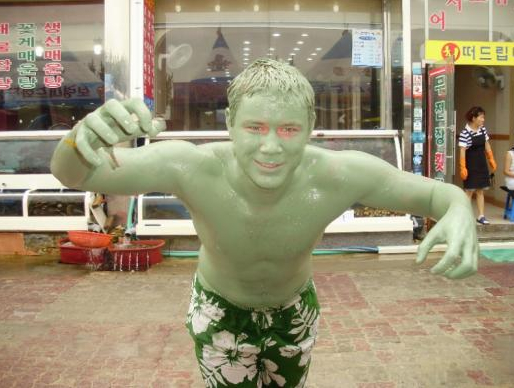 Museyon Guides: Last band you saw live?
James Hendicott: Radiohead, headlining Reading Festival in the UK a couple of weeks ago. They were absolutely fantastic, and even played Creep, the hit single that’s become a real live rarity. I watch a lot of smaller shows, though. I’m really looking forward to Super Extra Bonus Party and Flea Market Poets coming to Galway in the next few weeks.

MG: How would you describe the Dublin sound?
JH: I guess the distinctive sound of Dublin is the traditional music you hear walking around tourist districts like Temple Bar. It’s all guitars, banjos and penny whistles. But there’s a lot going on, you can find pretty much anything from offbeat trance (in venues like Twisted Pepper) to eclectic live bands (like in Whelan’s). A lot of people are really into that ‘shoe gazing’ kind of music, stuff like Sigur Ros and Venice Is Sinking. MG: Where’s the best place to see a live show?
JH: In Dublin, the best place to go is probably The Tripod venues, for atmosphere anyway. The huge open-air gigs in Marlay Park can be pretty special, too. Overall, though, nothing comes close to Glastonbury Festival (Somerset, UK) for me. My favorite show ever changes by the day, but Muse headlining Glastonbury in 2004 was absolutely phenomenal. It’s always up there. Matt Bellamy, the front man, plays modern, effects-infused guitar an absolute league above anyone else in my opinion. The incredible live link ups, and being able to make their (already impressive) tracks burst with energy on stage makes them an incredible live experience. I’ve seen them four times so far, and that’s nothing like enough.

MG: Any insider tips/dos and don’t for people visiting Dublin, or Ireland in general?
JH: Get away from the tourist spots at least once; Temple Bar’s fun, but it’s more about stag parties than a real taste of Ireland. Dublin has its great spots, but don’t pass up on Cork and Galway. The latter in particular has a reputation for great music and great nights out. Try to catch a local live band (State.ie has all the listings). Try Buckfast and Jamesons as well as Guinness (and yes, Guinness does taste better in Ireland). Spend at least one night in O’Donoghue’s listening to trad. and fighting your way to the bar. Come in summer, and bring an umbrella and full on raincoat anyway. Try a full Irish breakfast. There’s no better hangover cure, and you’ll definitely need a hangover cure.

MG: What’s your idea of one perfect night out in Dublin?
JH: It would have to be the height of summer, and one of those beautiful sunny days that comes along once in a blue moon in Ireland. I’d start in one of the pubs down the back of Grafton Street – perhaps the Hairy Lemon, which is a great old pub – with good friends, a few pints of the black stuff and some Dublin Bay seafood. After that I’d spend a few hours in the beer garden as the sun goes down, then head to a show at the Academy or one of the Tripod venues. When the bands finished, I’d try to get myself into a pub lock in (where they lock the pub doors and carry on serving), to sing (badly) and listen to Irish traditional music until the morning. They can be hard to hunt down, but there’s nothing quite like a Dublin lock in.

MG: For people just getting into punk, Celtic or otherwise, – where should they begin?

JH: Punk’s gone so far from its roots now, it’s difficult to know where to start. For straight up punk, I’d start with what I consider to be the definitive bands in the genre: The Clash, Sex Pistols, stuff like that. For (slightly) newer stuff, I think bands like Bad Religion maintain the original angst-ridden/political meaning of the music (see Kyoto Now), which makes them substantially more poignant than many modern punk bands. I’ve always had a soft spot for All (good luck Googling them!), who are a spin off band from The Descendents, a huge 90s pop-punk band. As for Celtic punk, it’s hard to look past Flogging Molly. They might not be Irish, but in my opinion they’re by far the dominant band in the genre, and rightly so, their music is fantastic.

For more from James check out Hendicott Writing, and be sure to pick up a copy of Music+Travel Worldwide, in stores November 3.

Previous: Music and Movies in the Catskill Mountains
Next: Breakin’ in LA