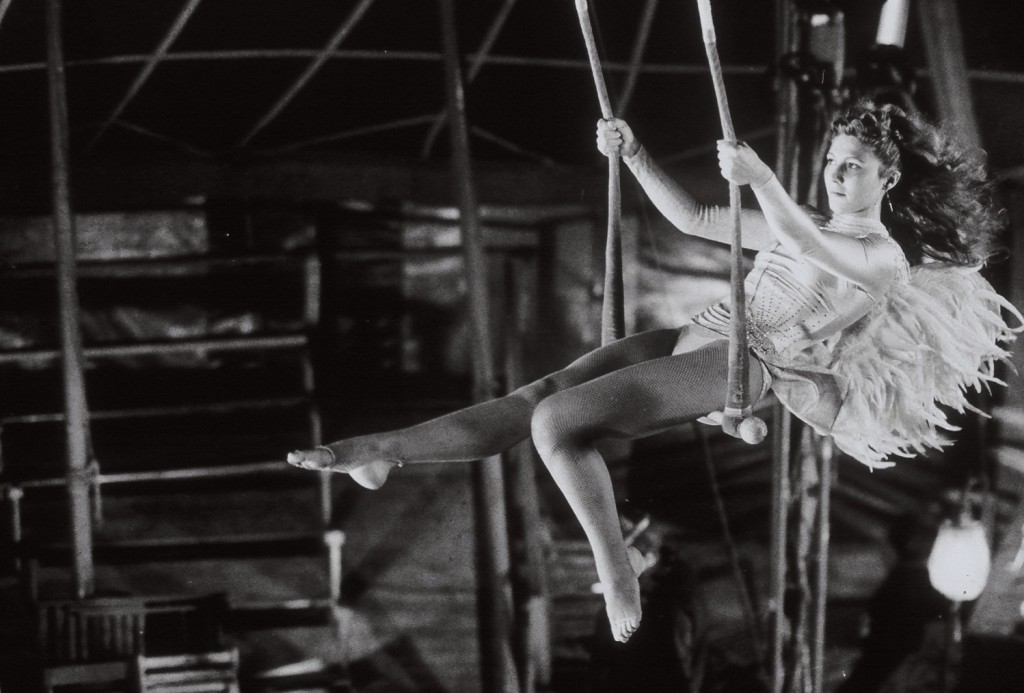 Solveig Dommartin as Marion in 'Wings of Desire'

Last week we chatted with Criterion Collection producer Susan Arosteguy about the new Criterion edition of Wim Wenders’ homage to Berlin, ‘Wings of Desire’, which comes out November 3. We had so much to talk about — after all, Arosteguy has been with Criterion since the laserdisc days, working with directors like Wes Anderson and Richard Linklater and even the Beastie Boys — that we had to come back for Part Two. Find out how the films get made and why working at Criterion takes “a knack for really turning over every stone,” plus exclusive news about an upcoming Criterion edition, after the jump…

Museyon Guides: One of the amazing things about Criterion is all the extras that come with the disc. How do you go about finding them?
Susan Arosteguy: It’s sort of detective work. With a living director, you start out by just asking them: “What do you have? What have you kept? Do you have anything we can use?” Sometimes it jogs their memory, sometimes they have nothing, sometimes they have a ton of stuff.
We have a lot of archives that we work with around the world, so we just sort of do the basic research requests looking for anything that would seem of interest. It’s really a lot of digging. In the case of that Curt Bois documentary, I wouldn’t have known about it unless I had seen an interview with [actors Bruno Ganz and Otto Sander] talking about it. It just so happened we have contacts in Germany, so I was able to track it down and was able to license it. 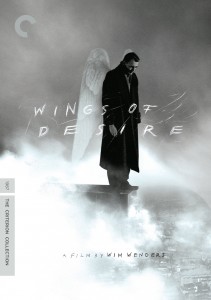 MG: How long does it take from the time someone says, “Hey, we should do this film,” until the time it’s available in stores?
SA: Every film that we put out is assigned a producer. We probably get two to three months in production time, and that would include the tech people going out and doing the new transfer. That’s when we do our new interviews, we do all of our research, we put the whole thing together, and conceive of what the package is going to be. Once we deliver it, it takes about another three months to go through authoring and replication and printing. So about 6 to 9 months.

MG: Wow! That’s a really surprisingly quick turnaround.
SA: It is really quick. [Laughs] And at any given time you’re sort of already working on the next thing. Once you deliver it you’re already onto your next project. We have maybe 10 staff producers and we’re all constantly juggling between different projects at any given time. I was lucky, because I got assigned ‘Wings of Desire’, and the next project I’m working on is ‘Paris, Texas‘, so I had Wenders’ attention on two movies. It’s a lot easier to work with dead directors. [Laughs] Because there’s no scheduling conflicts or anything.

MG: Now to the question that everybody wants to know –- what qualifies a film to become a part of this elite club?
SA: The film itself needs to be an exlemplary film of its kind, that’s where we start. It’s not that we only do classic films, classic foreign films, classic Hollywood films. We’ll do B movies, we’ll do cult movies, we’ll do music projects. It’s about what kind of film it is, and if we think it’s really good. And we take suggestions all the time.

MG: How has home cinema changed since you started working at Criterion?
SA: When I started it was a very niche market, and it was laserdiscs. And the laserdiscs were very expensive. In ’94 our ‘Brazil’ box went for $150, and that was 5 platters, 10 sides. So that was a pretty serious investment, and it was a very small market, but the people who knew about us stayed with us. And we had to transition into DVD when that was announced, which was really great because it was more cost-effective—they’re a lot cheaper to make than laserdiscs. The size got smaller, the packaging got smaller, we could put a lot more stuff on the disc because it was compressed.

We had to adapt to different makets as they’ve come up. And most recently we’ve had to adapt to Blu-Ray, which has been actually very good for us. We’ve been doing hi-def transfers for the past 10 years, so we can go back and re-release a lot of our older titles, dig up more stuff and present it in this beautiful transfer that we have been sitting on for a while.

So it’s nice to have the technology catch up. But at the same time it’s hard because the technology is constantly changing. And when you’re in the home video market and you’re trying to sell a product, while people are watching things on YouTube, which, great, it’s free, but it looks terrible. So you’re competeting with people who want it to look like they’re in a movie theater and people who don’t care and want to watch it on their iPhone. You can have the convenience or you can have the beautiful, gorgeous presentation. It’s kind of hard to see where people are going to end up -– are people going to end up not wanting any packaging at all and just streaming video?

We launched a new website a year ago and we have streaming video, so you can rent films for a week, try them out, and if you decided you want to buy the Criterion edition, you get $5 off. So you can try before you buy on certain titles. I have to say the compression looks pretty good on our website.

MG: We’re huge fans of the site.
SA: That was a new thing we decided to try, we were like, “well new people are watching stuff online, let’s make our website like a cinematheque, a place where you can go, click on a title, read five articles about it, join a discussion about it.” We’re constantly putting up new material on our website in our feature called The Current … we’re always getting new things on there that aren’t going to be on the discs. It’s an ongoing update as to what we’re doing on a daily basis. That’s a pretty big change for us … look at all the other ways you can explore these films and talk to people about it.

To check out the Criterion Collection’s online cinemateque, visit criterion.com. Or, check out additional titles at Criterion’s online movie theater/social hub The Auteurs.

photos courtesy of The Criterion Collection

Previous: Jesus is Our Homeboy
Next: Making Music, Making Change