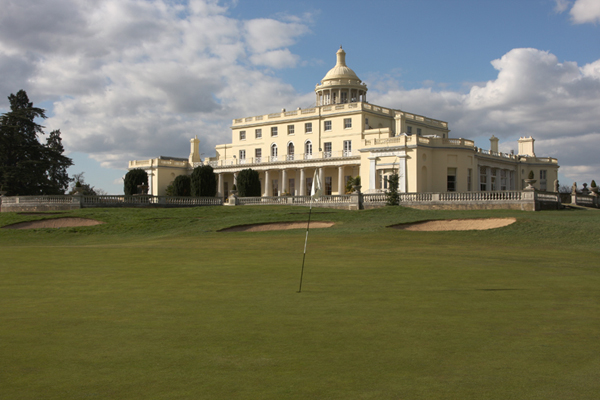 You may not think you are familiar with The Stoke Park Club but if you are a movie aficionado then trust us, you are.

Founded in 1908 on a 350-acre, 220-year old estate only 35 minutes from downtown London, The Stoke Park Club has been the shooting location for several films, including three in 2004 alone. But perhaps the most well known movie to use the club is the 1964 Bond flick Goldfinger, whose round of golf has been called the most famous ever to be played on film. Other famous scenes shot at the club include Bridget Jones’s hilarious “mini-break,” row boating incident and the dramatic conclusion to Layer Cake with Daniel Craig. Actually, with Daniel Craig shooting there that makes three James Bonds to have walked the grounds of The Stoke Club; Tomorrow Never Dies with Pierce Bronson was filmed there in 1997.

Want to stay where Daniel Cleaver and Bridget Jones spent the night? That would be the Pennsylvania suite and reservations start at 395 pounds per night. A little bit out of your price range? Try one of the club’s spa packages starting at 50 pounds