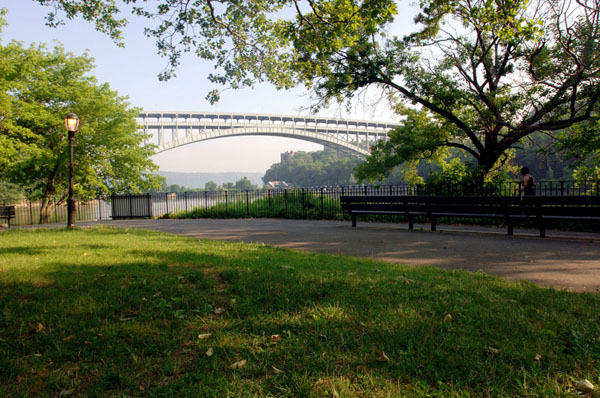 There are few places in New York City where original trees stand, green spaces aren’t landscaped and one can see the rocky outcroppings that once littered the island. However, travel up to the northernmost Manhattan neighborhood of Inwood and you’ll find 196 acres of park Inwood that still boats virgin forests, rolling hills, hidden caves and the only salt marsh left in Manhattan.

This idyllic setting is called Inwood Hill Park, otherwise known as the Inwood Primeval. The area once housed large mansions that were built after the Civil War owned by wealthy New York families such as the Lord family of Lord & Taylor and Isidor Straus, who died in the Titanic and owned Macy’s. The pathways, driveways and roads leading to these mansions are now the walkways of the park; in 1926, the area was bought by the city to be used as a park.

The land’s history traces back to ancient times though, “Native Americans known as the Lenape (Delawares) inhabited the area. There is evidence of a main encampment along the eastern edge of the park. The Lenape relied on both the Hudson and Harlem Rivers as sources for food. Artifacts and the remains of old campfires were found in Inwood’s rock shelters, suggesting their use for shelter and temporary living quarters (NYC Parks Dept).” The supposed site of the purchasing of Manhattan Island by Peter Minuit from the Lenape in 1626 is marked in the mark with a large plaque and boulder, though the purchase has also been linked to sites in Lower Manhattan.