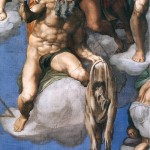 What words come to your mind when you see the famous ceiling of the Sistine Chapel? “Divine”? “Inspirational”? “Majestic”? How about “belly out of whack” or “a thousand hazards”? How about “skull scrapes where a hunchback’s lump would be”? Or, “ill from the overwhelming labor”? It took Michelangelo over 4 years of arduous toil to single-handedly complete the famous painting ... END_OF_DOCUMENT_TOKEN_TO_BE_REPLACED 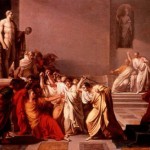 On March 15, 44 B.C., Julius Caesar—the most famous Roman at home and abroad—was assassinated by a group of mutineer consuls in the Senate house, the Curia Pompeii. In a startling quirk of fate, his body slumped against a statue of Pompey the Great, his former political ally turned archrival, who fought the failed bid to stop Caesar from becoming ... END_OF_DOCUMENT_TOKEN_TO_BE_REPLACED 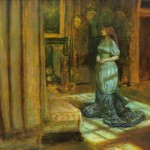 St. Agnes is the patron saint of girls, and legend has it that virgins may see their future husbands in their dreams during the night of St. Agnes’s Eve on January 20. For the ritual to work, the young girl was to go to bed without supper, and undress completely before climbing into bed naked. Lying on her back, with ... END_OF_DOCUMENT_TOKEN_TO_BE_REPLACED 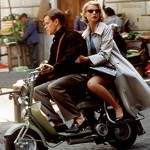 In the 1999 film The Talented Mr. Ripley, Matt Damon plays Tom Ripley, a man who heads to Italy to force rich American playboy Dickie Greenleaf (Jude Law) to return to his family. Along the way, his infatuation with Greenleaf and his girlfriend, Marge Sherwood (Gwyneth Paltrow), takes a dark turn—all among the backdrop of 1950s Rome. From the ancient ... END_OF_DOCUMENT_TOKEN_TO_BE_REPLACED

To Rome with Love: Now + Then

Over the years, director Woody Allen has captured some of the the world’s most iconic cities on film. The most recent to get the auteur’s treatment is “To Rome with Love.” With the movie in mind, we looked to Rome’s past to see the history behind the locations in the film. Hayley and Michelangelo at Fontana di Trevi Fontana di ... END_OF_DOCUMENT_TOKEN_TO_BE_REPLACED